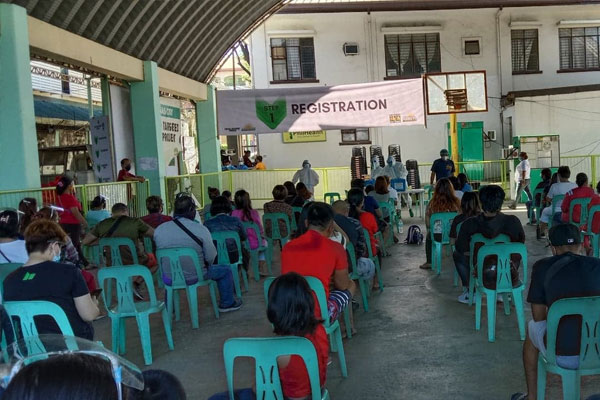 About 300 medical front liners will receive the China-made Sinovac vaccine at the start of the Las Piñas City government vaccination rollout with the theme of “Ligtas na Las Piñero, Lahat Bakunado”, according to a report by Manila Bulletin.

The vaccination rollout was held at the University of Perpetual Help System Dalta which was added as one of the three additional vaccination sites to the 10 earlier identified by the city government in Districts 1 and 2.

Dr. Jose Edzel Tamayo, Medical Affairs Executive Officer of the University of Perpetual Help Hospital was the first to get inoculated with the Sinovac vaccine and was followed by Elvie Carandang, Finance and Accounting Manager, and Neil Jaymalin, Chief of Staff of the hospital.

Dr. Corrales called the three hospital officials who received the Sinovac jab as “COVID-19 influenzer” of Las Piñas City and will be the instruments to encourage city residents to get inoculated.

She added that the city government is targeting to inoculate all city residents after the procurement of a total of P250-million worth of additional vaccines.

She also thanked the national government for the continued support given to the city government during the pandemic.

The vice-mayor also acknowledged the hard work of the City Health Office for continuing to conduct contact tracing, mass swab testingm, and the strict implementation of health protocols.

Aguilar-Nery said the city has the lowest recorded COVID-19 cases in Metro Manila.